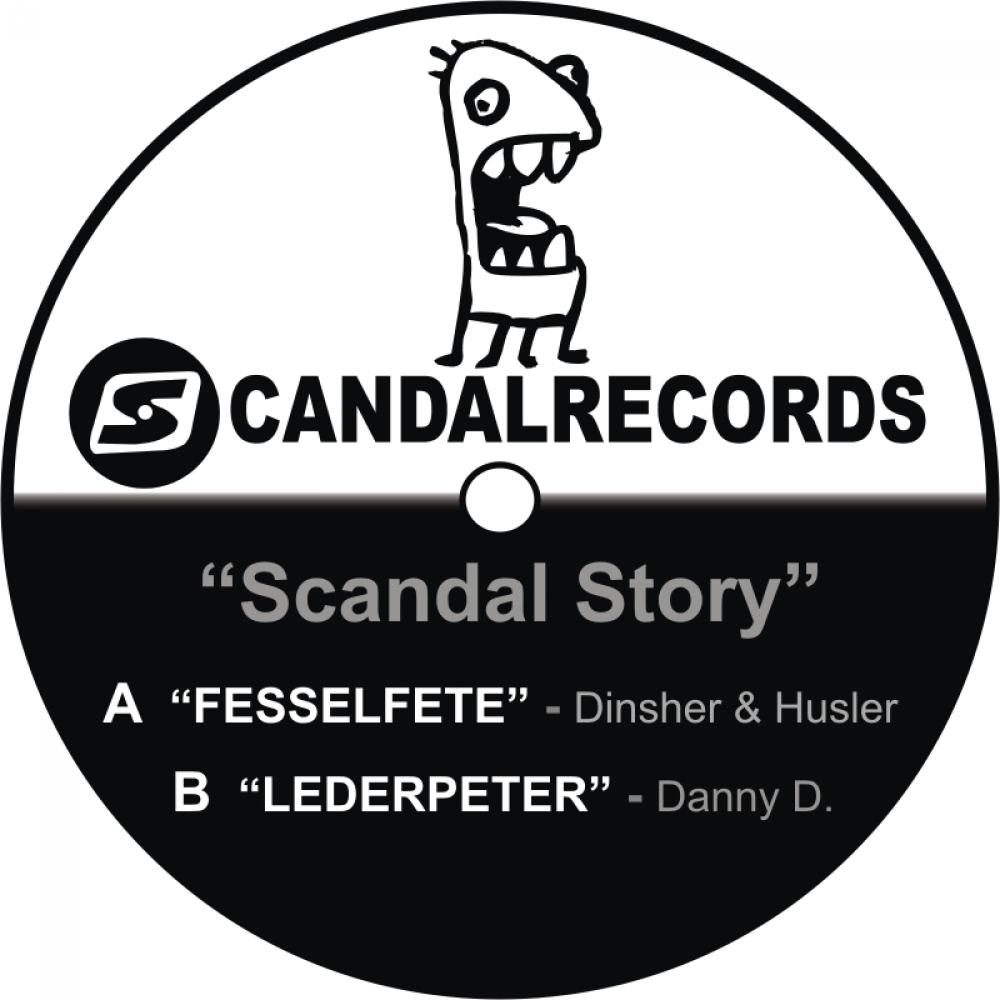 The scandalrecords release „Scandal Story“ comes with two functional tracks which enables the electronic music scene in excitement. The A-site kicks off with „Fesselfete“: The designers of the track: Jörg Dinsher and Julia Husler- implemented a rhythmically complex track with their first release.
Detached from insipid song-structures, the galloping beat leads through the eight minutes of the track.
Shifting Hi-Hats and smacking beat-elements, snuggle around the groove and influence in a spectacular style the sensed speed.
Increasingly from bar to bar, the beat raises contumaciously and integrates in a confident mood the two breaks.
„Fesselfete“ swells from moments of rebellious tension into a massive force.Light harmonies – with a fairly independent life of its own- intelligently support the clipped speech-Vocal.
The extra bass- pressure catapulting the “ full of character“ „Fesselfete“ directly to the floors of the clubs, where it scores with memorable features and powerful impression.
The -second- A-site comes with Danny D.´s enthralling ?Leder Peter?.Danny doesn`t dilly-dally and starts ?Leder Peter? with a bulletproof beat.
An atmospheric mood and a deep bassline creat the perfect balance between crisp and soft.
He succeeds in creating a wonderful and intelligent transparency.
The spell of monotonous passages gets an individual boost from a fantastic kick.
Unerring with well-aimed noises- apparently at a canter – „Leder Peter“ generates a sparky – stunning effekt and convinces as a whacking great production á la Danny D.